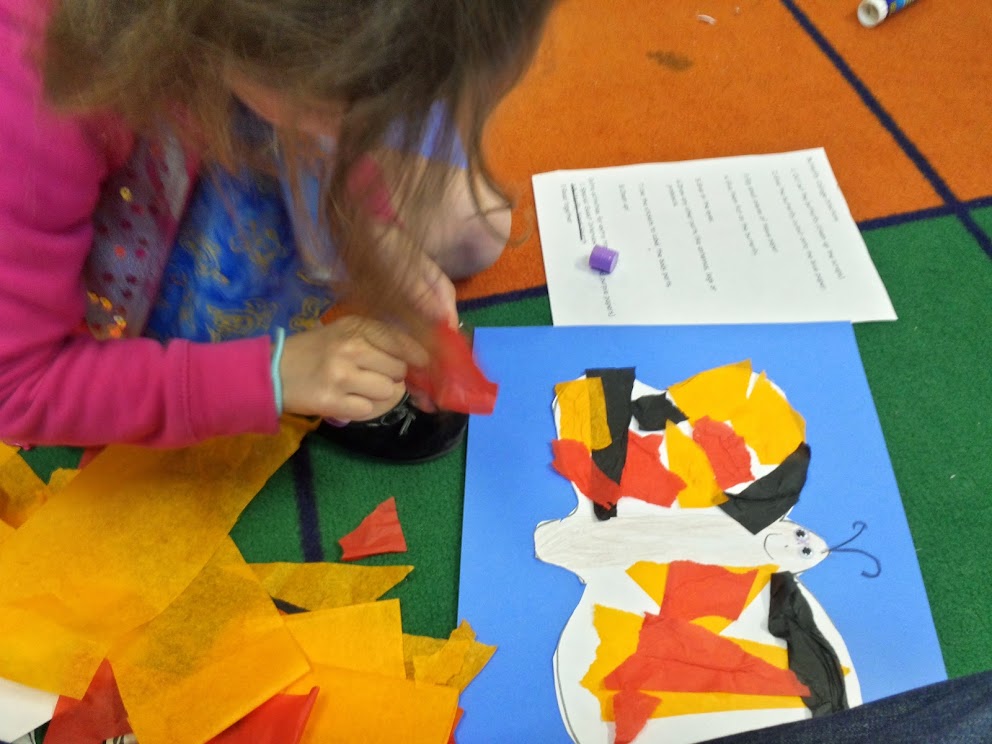 My niece Olivia at work

I was nominated for “Special Friends Day,” about 2 weeks ago for my niece’s school and, well, since I’m not crazy, I accepted.  OK, I wasn’t nominated, nor was anyone else, it’s just a day for grandparents or relatives to come in and spend some time with the kids at school.  Nonetheless, I was thrilled and honored for the “nomination,” and grateful I was able to spend some special time, one on one, with my niece, Olivia.

During the snacks and stories, all the kids sat around in a big circle enjoying pizza and drinking some water while one of the teachers read stories.  I couldn’t help but notice one of the other special friends standing right in front of me, likely a Grandfather, who was very well dressed in an expensive suit.  He just seemed irritated, and was constantly checking his phone, like he had an itch he couldn’t stop scratching.  I noticed this and thought it was a little rude, but it didn’t really bother me that much.

But at one point his special friend, his grandson, announced he was out of water.  The teacher, who was reading a story to the other 30 kids, didn’t immediately notice the child’s call for water.  Without skipping a beat, the “power Grandpa” huffed and puffed in disgust when his grandson was not immediately serviced and went to the front of the room to refill the water, his grandson’s water, with a look of extreme irritation on his face.  I immediately felt anger bubble up within me…”Who is this guy?” “Who does he think he is?”  “Does he think this is a 5 star restaurant?” I was amazed at how quickly I went from just enjoying being a part of my niece’s world to feeling angry and somewhat disgusted.  An almost 180 degree change in my mood in the moment all without a word from “Power Grandpa.”  But that was my fault, my own doing, not his.

“Everything can be taken from a man but one thing: the last of the human freedoms—to choose one’s attitude in any given set of circumstances, to choose one’s own way.” ― Viktor E. Frankl, Man’s Search for Meaning

I first read Frankl’s book, “Man’s Search for Meaning,” in high school and I have to admit it didn’t really stick then. I marveled at his story, and his incredible will to learn, to recognize and hold his great power within truly horrible conditions (For those who don’t know, check out wikipedia link).  But in recent years his words and lessons have resonated more for me.

Along with Viktor Frankl, Stephen Covey discusses this notion quite a bit.  Covey rightfully points out that our minds are constantly receiving outside stimulus and often times we’re simply responding without any awareness. What makes us different from animals, he says, is we have a very real choice in the gap between stimulus and response. We can choose how we respond, how we perceive the stimulus in our own lives and yet we rarely do.  I certainly let PG (Power Grandpa) trigger a grumpy response in an otherwise happy moment.  I forfeited my choice.

It’s important to point out that having this choice doesn’t mean we can’t ever be annoyed with the PG’s of the world.  I mean the guy was being a bit of a jerk, so being annoyed is probably warranted in that situation.  But it is even more important to understand that I was part of that situation, an active and responsible party, and I was choosing to be bothered by him.  I could have gone a different direction.  I didn’t have to allow his behavior to affect me, and could have easily ignored him or dismissed him.  I could have given him a pass…maybe it was a rough day, or a rough week, stressful work situation or a rough moment for an otherwise friendly guy. Who knows?

Ultimately I’m grateful for my little PG interaction as it served as a real life reminder…in each moment, the choice is mine.

(I have said many times before…I’m trying to write more.  I felt more compelled to write this post as I’m working on my own little short list of “Things I’ve learned” for my soon to be born son or daughter, who is due any day now.  I will write weekly, with some baby disruptions, going forward.)