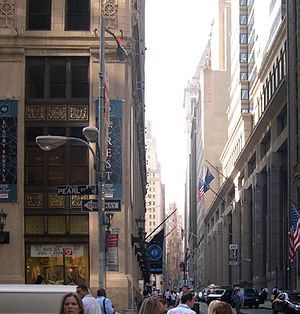 Well it’s official, or at least it feels that way. I don’t think we’re going to ever sell the GJG directly to users profitably. It doesn’t mean that GJG is a flawed concept, it just means that Chris and I are unable to sell it effectively with our approach. And we’re just sick of trying to sell it. So how do you know whether you need to work through something or you need to cut your losses? In other words how do you know when something is a good hitter in a slump or just a bad hitter. The good news is there are lots of lessons in this experiment that I can take with me into the future…lessons that can only help me on my entrepreneurial path.

1. Don’t ever do something primarily to make money quickly. It will take way more time, money, and effort to get something going than you could ever think, no matter how quick and easy it appears. So if you have no interest in the particular subject you think you can make money working on, then don’t go anywhere near it.

2. (building on the last one)…Being an entrepreneur requires passion. It sounds cliched but if you took money out of the equation, would you work on whatever it is you’re working on? If the answer is no, then you need to re-evaluate.

3. Just because something seems like a good idea, and it’s based on very sound assumptions, it does not mean it’s a good idea for you to work on. We really nailed the economic trends that could have put GJG at the front of rising tide (the search numbers have tripled since we started), but that was not enough to make it work for us. Tying in with the 2 points above, you need more than just a good idea to make something work.

4. Get in front of your business and your customers as soon as possible. We hid for nearly 6 months with GJG. We hoped that it would somehow work and come together without us really ever getting out and talking to other people and even more importantly our potential customers. This again goes back into 1 and 2 because we weren’t really that interested in the subject, we were just hoping it would make us money. We learned more about the business and our potential customers in 3 days of phone calls than we had learned in 6 months of researching, reading, and testing. Get in front of people (customers, other entrepreneurs, potential investors, partners, friends) on an idea ASAP. And going with the lesson learned in 1 and 2, the more excited and passionate you are about something, the more excited you’ll be about telling the world. I guess a good rule of thumb is, if you wouldn’t want your face and name next to an article about your business in the New York Times, then it’s probably time to re-evaluate.

5. Talking and brainstorming are very important in entrepreneurship, and time must be made for them. It’s way too easy to get swept into each day’s activities and completely push off the big picture discussions. In GJG we kept talking about having big idea discussions, but only had a few over the course of 6 months. Make time for connecting, talking, brainstorming around your business. It energizes, and strengthens the long term picture, which provides a backbone for the day to day…thus helping you ride out more of the ups and downs.

6. Planning is important, especially in times of uncertainty. We struggled to really consistently make plans that went beyond a few days with GJG, so we were always sort of scrambling based on the data of the last 3 hours. It’s very important to lay out a plan that is specific and easy to follow, and that has clear success metrics, deadlines, and decision points. We always went on with GJG with the notion that we were just one or two changes away from making it work. If we had been more serious about keeping a plan, with deadlines, milestones, and success metrics we may have pulled the plug or switched directions earlier. By following a moving target, we struggled to really make clear decisions. This again ties in with 1-2.

7. A partnership is built on open communication. With GJG we started early on with a company email list where open discussions where encouraged. These discussions were not just about GJG, but about life, entrepreneurship, personal development, and especially ways to communicate between partners. It certainly allowed for issues between partners to get out while they were relatively small, and so they were discussed and worked out before blowing way up. A partnership is very much like a romantic relationship. Without open communication and a mechanism to get out frustrations, they will never succeed. It’s hard enough being an entrepreneur, much less an entrepreneur by yourself facing off against your partner. If you can’t discuss your dreams and your FEARS with your partner, then you need to find someone else to work with.

8. Don’t try to create and sell a product you wouldn’t buy. This is very similar to 1 and 2, but important enough to state separately. It’s hard enough to create and sell something, much less something that you don’t really care about (no matter how much sense it makes). GJG is not a product I would have ever bought. Even in the outside chance I may have looked for a product like that, I would have NEVER bought it in the manner we were selling it. That disconnect had to show in the product and the marketing, and certainly had to hurt our chances. Entrepreneurship is about creating something that solves a problem and then scaling it. The best way to understand the problem you want to solve is to have it or live it. So if you’re creating something that you solves a problem you don’t have or understand and you would never buy or use it, then you need to re-evaluate a bit.

9. waiting doesn’t feel good. We had tons of waiting scenarios with GJG, whether it was waiting on a programmer to do something, or for people to come to the site, or for people to buy, we had a lot of moments where we sat and watched our inboxes and analytics accounts. Watching and waiting does not feel good, and it does not help your business. It drains you, and it distracts you. Both of these things fulfill a need to feel like you’re working, but neither of them help you make progress. I guess it’s more likely that you’ll stare at these two things if you’re not crazy about your product, your customer, amd the subject matter. But waiting is more than just watching these two things. It’s waiting on an email when a phone call could get the answer now. It’s waiting on one person, when others could potentially help you.

10. Ask for help, early and often.  We did get good about reaching out to others for help along the way, but it took us several months to get there.  People really do want to help, so go out and ask them for it.  If you feel like there are certain people you can’t ask for help because of what you’re working on, then you need to see number 8 above.

So while I’m not happy about the money and time lost in the GJG experiment, I don’t have any regrets because of the many lessons I learned along the way.  I guess the hardest lesson, and one that I didn’t put above, was knowing when to quit.  We probably went way too far into this process because we convinced ourselves this was our only and best option.  It wasn’t until a moment of just intense frustration this week where we realized it was time to make a big direction change.  I can’t say I really have a good idea when it’s time to switch directions other than you can just feel it.  Oh well, on to the next thing…